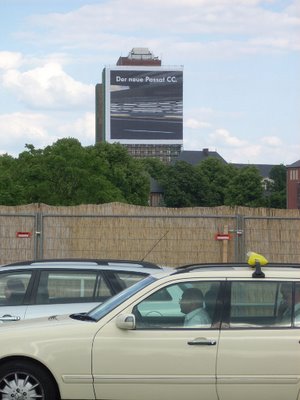 The Charite (big Berlin hospital) is in trouble. The giant ad on the scaffolding is illegal. Since 5 months the hospital has no permission to show the big ad. Nobody works on the facade. The scaffolding seems to be a fake for just renting the facade to billboard companies.