DVD Dead Drop vol.6: ‘Vertical Video’
March 19 – May 7, 2013 at the Museum of Moving Image NYC
by Sakrwoki aka curatingyoutube.net and Aram Bartholl. 2013, 62 mins. DVD.
Vertical Video is a one-hour selection of amateur videos captured in the 9:16 aspect ratio, first compiled for a special screening in Berlin entitled Vertical Cinema. The DVD includes a special How To video with instructions for adjusting a home theater or other viewing environment to properly experience these works.
Fueled by a proliferation of mobile, inexpensive, high quality cameras and free online distribution platforms, self-trained media producers continue to invent creative uses for media technologies that challenge contemporary viewing behaviors and expectations. Even though the 9:16 aspect ratio is often understood to be “wrong” €“the result of using a camera “incorrectly” €“videos in 9:16 are being created and distributed online at an increasing rate. Unchained from cinema screens, televisions, and computer monitors, media makers are free to create for viewing experiences outside of traditional horizontal exhibition hardware.
Vertical Video is a compilation of videos with a wide range of subjects including architecture, wildlife, bodies in motion, gaming, eyewitness accounts, and current events whose vertical treatment is a natural and fitting decision. Until now, many of these videos have only been seen online where they have been thickly pillarboxed and shrunk to squeeze into the existing horizontal viewing system. This compilation provides evidence that a new generation of media producers, freed from concerns about conventional screening requirements, reject the arbitrary restrictions of the horizontal screen and maintain a more fluid relationship with the frame.
The selection was originally screened at Vertical Cinema Platoon Berlin on Feb 18 2013, see also http://datenform.de/vertical-video-eng.html

How to watch Vertical Video from Aram Bartholl on Vimeo. 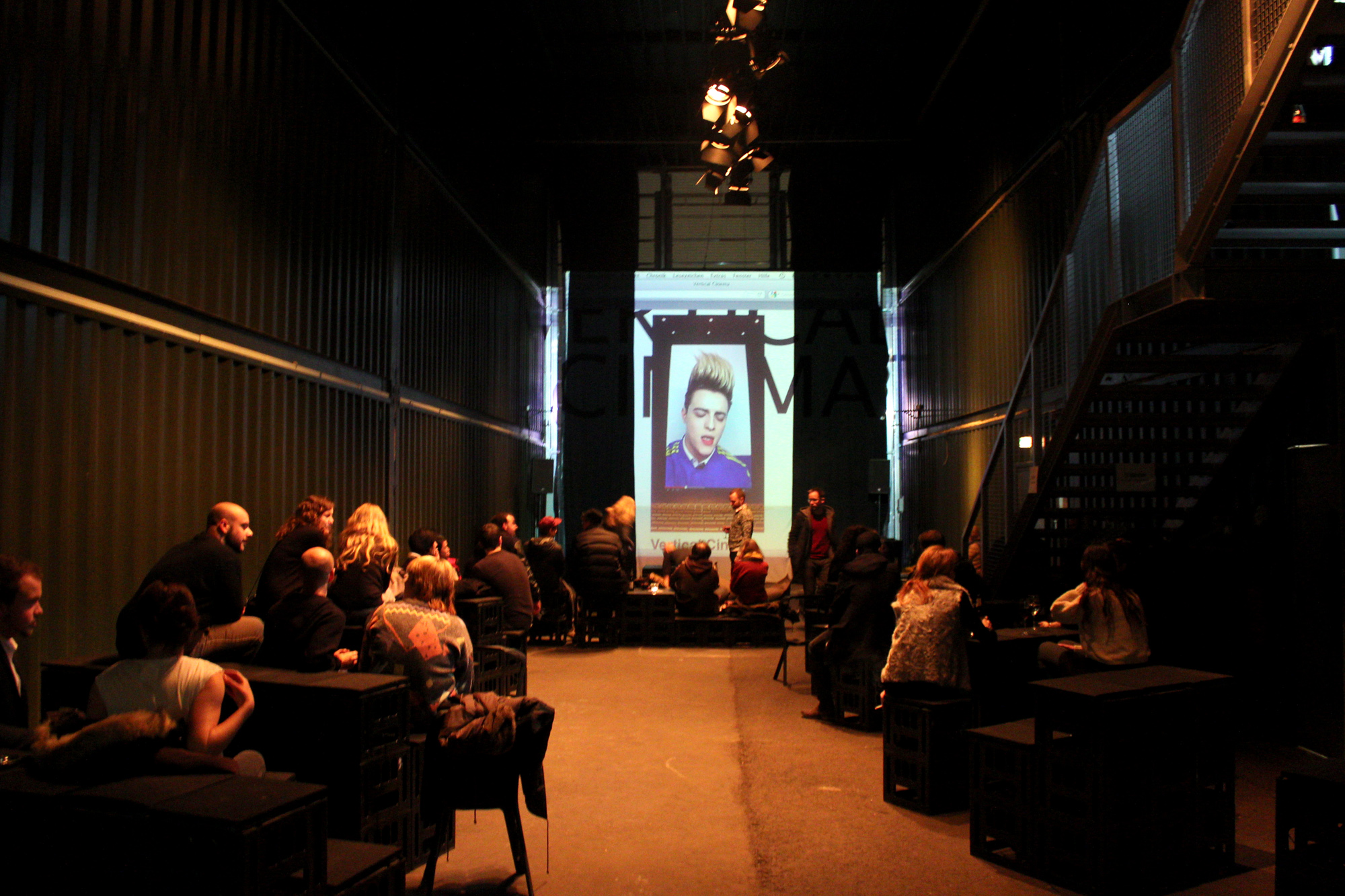 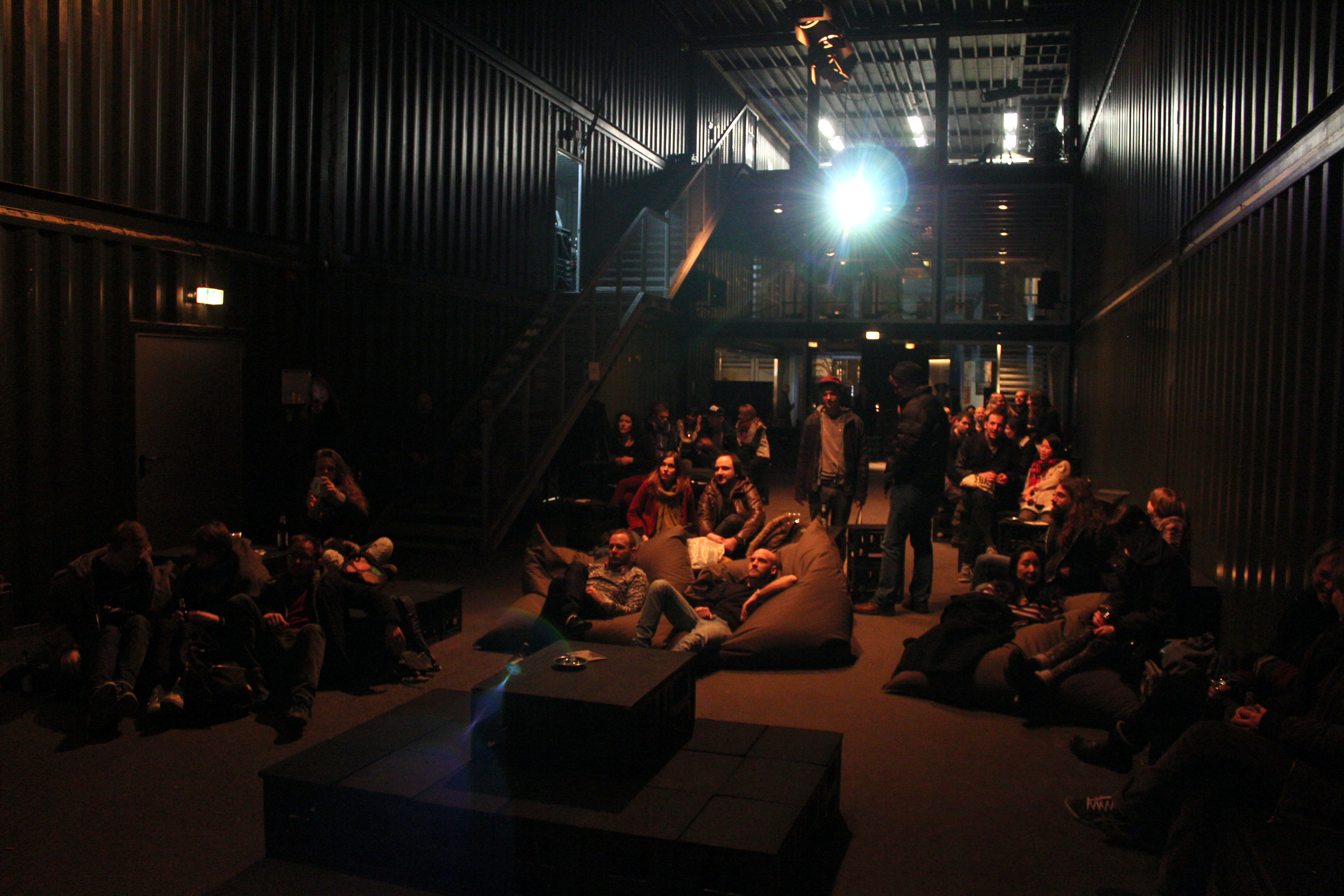 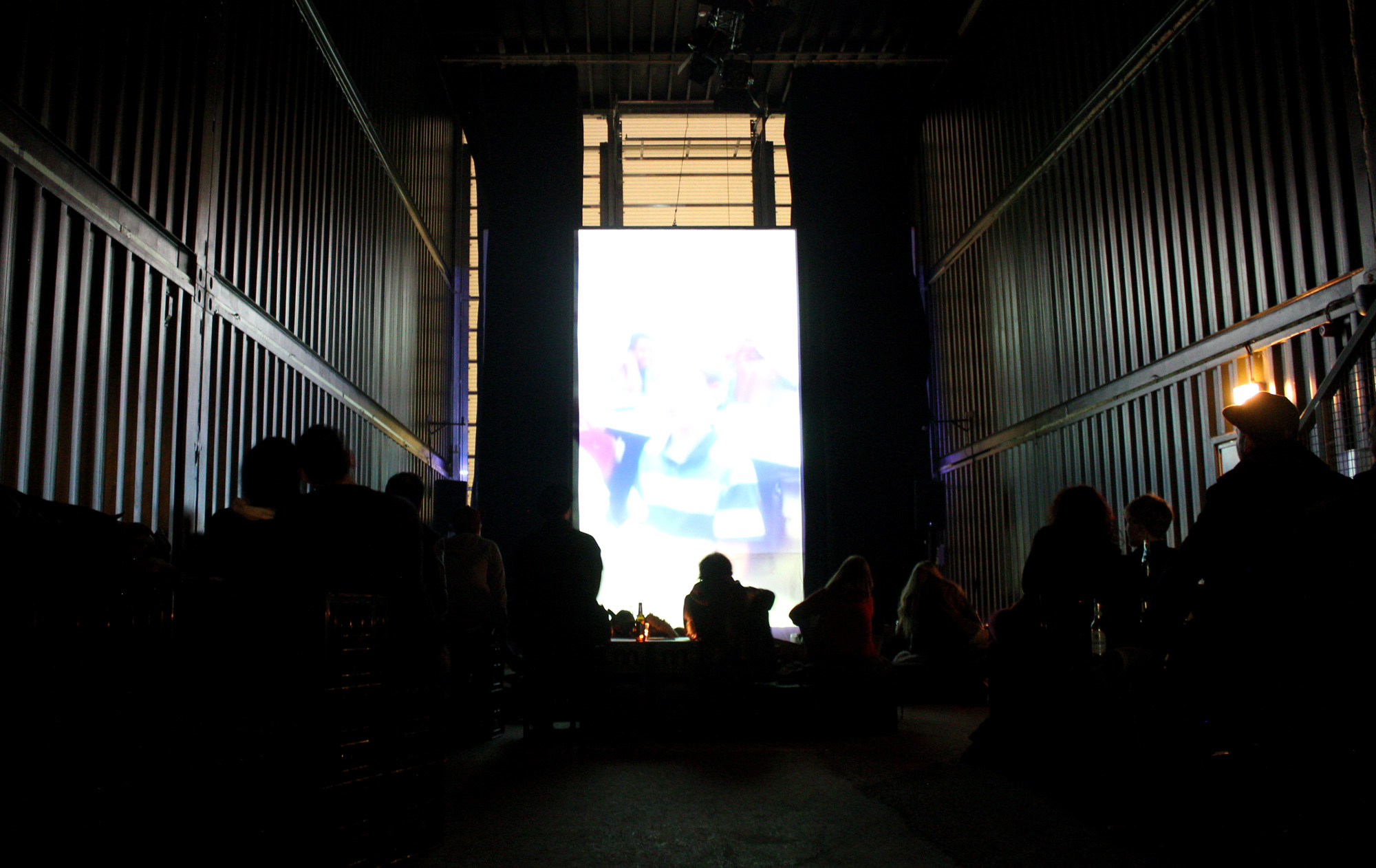 The Vertical Cinema night at Platoon last Monday was really cool!! Good crowd and lot of fun!! Thx to Platoon for hosting us!