Google Streetview Germany went life yesterday and the whole country goes nuts about it, (not enough blur, too much blur, unblur FB groups etc.) haha …. OMG. After I posted my ‚15 Seconds of Fame Streetview self portraits series‚ yesterday press picked it up and I was featured in two newspapers today. Berliner Morgenpost got it quite right (because they called and I told them the story that I jumped out the cafe and ran actually dancing behind the Google car 🙂 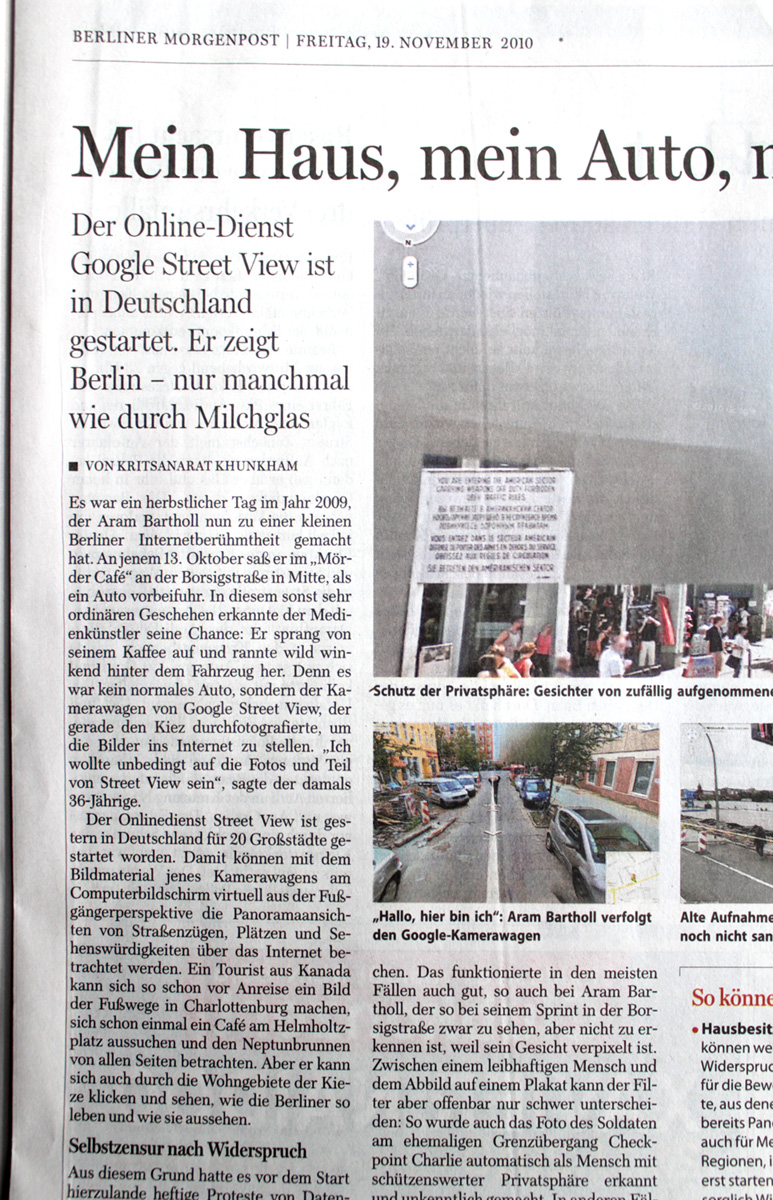 Tagesspiegel (below) got it wrong. They describe me as being mad at the G-car.  That s not true!!! I would never do that!!! I used to drive that car too!! 😉 But Tagesspiegel is professional journalism, so they called and will get it right tomorrow with a new piece on me and my work. Looking fwd to that! 🙂 Stay tuned for a scan. (No need to by paper 😉
Tagesspiegel 19.11.2010, Frontpage and article. Thx to @timpritlove for the pic
(Damn, I just realize that I broke that pair of shades I am wearing in the pic haha …;-) 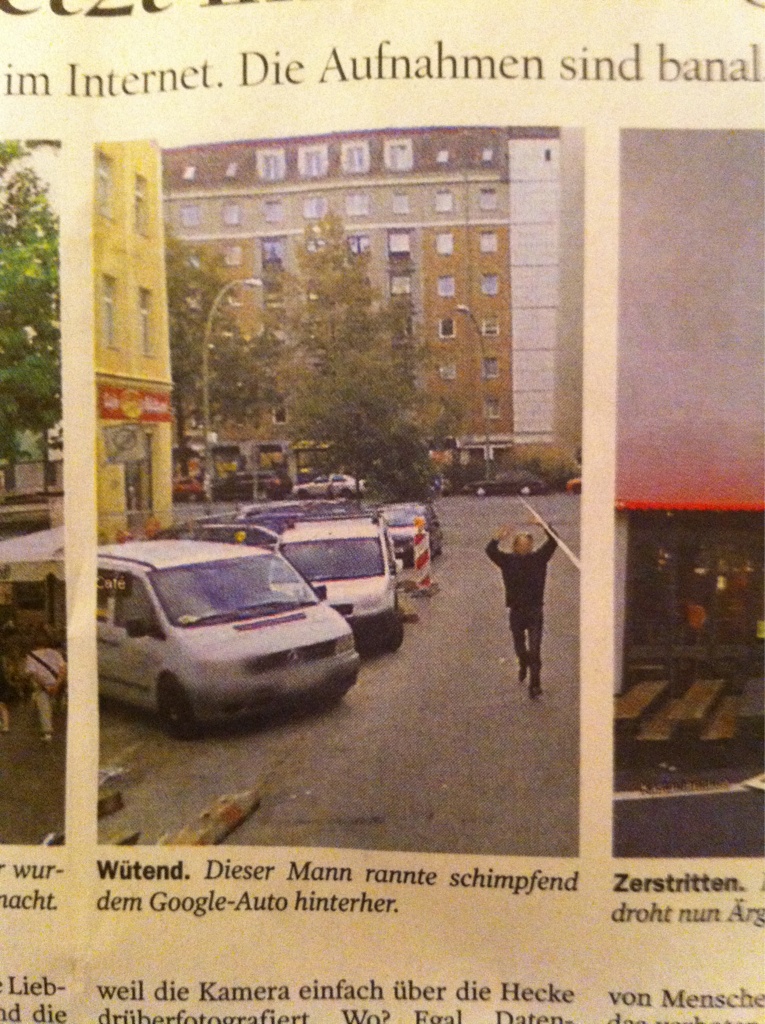