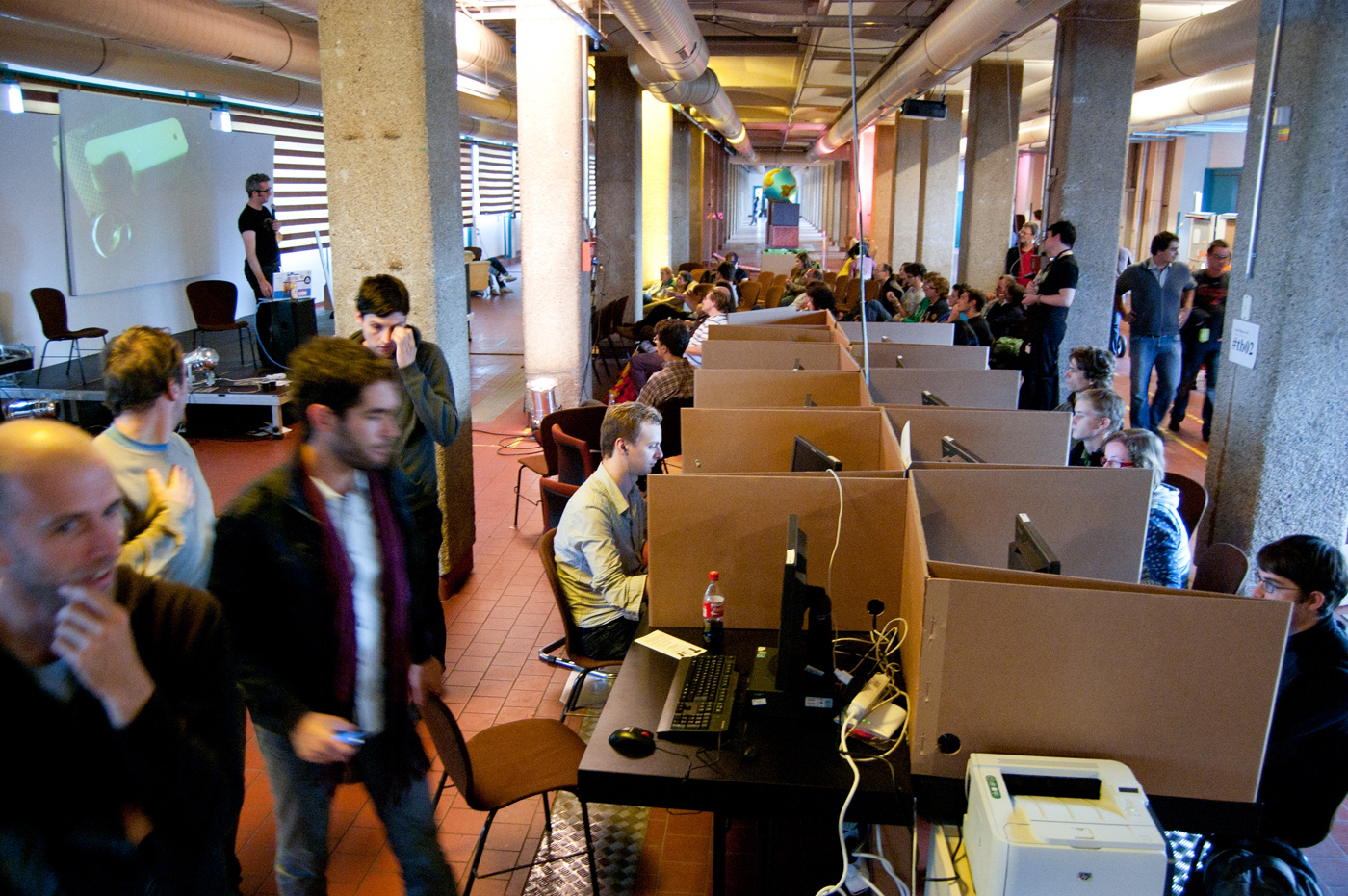 From the report by Michelle Kasprzak about Ars Electronica 2010 relased on rhizome.org September 29th, 2010
rhizome.org/editorial/3791
„…….In the midst of it all, I found myself again and again gravitating towards the beating heart of the whole festival experience, “TELE-INTERNET” curated by Aram Bartholl. The salon-like space had a few terminals set up, internet-cafe style; some folding chairs around a small stage area; and several long tables covered with stuff and people working side by side to make things. Informal talks were held in the small stage area, and you could grab a coffee or the German hacker’s drink of choice, Club-Mate, while listening in. There was a sense of things both happening and about to happen, an unmistakable buzz. Festival goers could sit down and make something, listen to someone talking about things they were making or doing, or just drink coffee and use the internet at one of the terminals. It was a bit of blissful semi-chaos that encouraged people to stay and so was often very busy. Bartholl always played the arms-length host, letting things unfold, giving me the sense that if I wanted to, I could have grabbed the microphone and just started talking. It was a situation that I wished could have gone on for days or even weeks, to see what would happen and eventually evolve. …..“
Thanks Michelle!!!