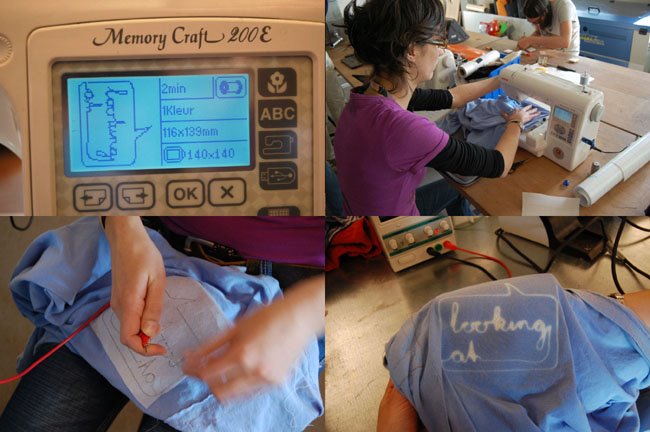 At the Testlab: ‚Fashionable Technology‘ event next week I’ll present a new project: the Tweet Bubble Series, result of my excellent residency period at V2 Lab. In a couple versions we have been exploring different ways to display and ‚wear‘ Twitter feeds in public. Come and check it out.

Come and Twitter your tweets with the Tweet Bubble Series, witness The Perfect Human performance, send a hug with the Hugshirt, and debate those experiences with experts in techno-ethics and wearable technology.

*The term Fashionable Technology is coined by Sabine Seymour.

Clothing is an aspect of the human physical appearance with considerable social significance. Styles, logos and prints mediate our self-expression and publicly communicate our personal tastes and preferences. Popular ways of doing so reflect what is in fashion, which is under constant change due to new developments in fabrics, construction methods, ancillary objects, and their (re-)combination by fashion designers. ….. read on