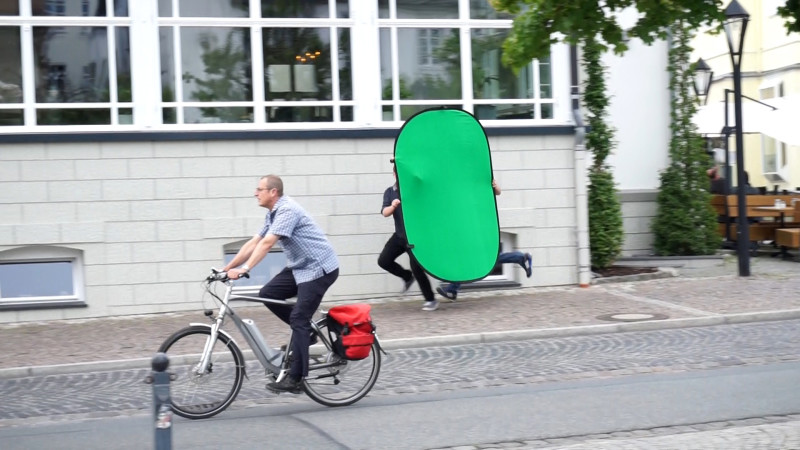 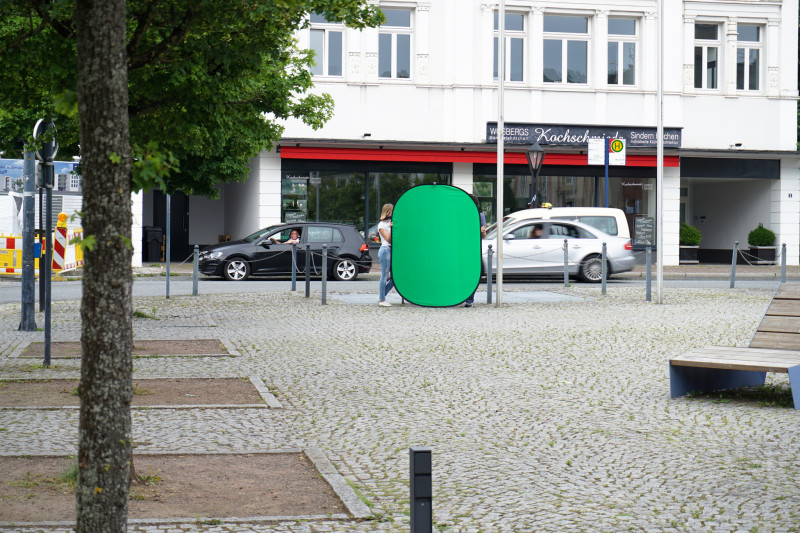 Greenscreen Arnsberg is a performance in public space which took place during the show “Remind me later” at Kunstverein Arnsberg in July 2016. The idea is to ‘catch’ random pedestrian in public with a portable green-screen. The by-passers become unwittingly actors  of an imaginary movie set. The green-screen background represents unlimited layers of augmentation in a post social everyday life. 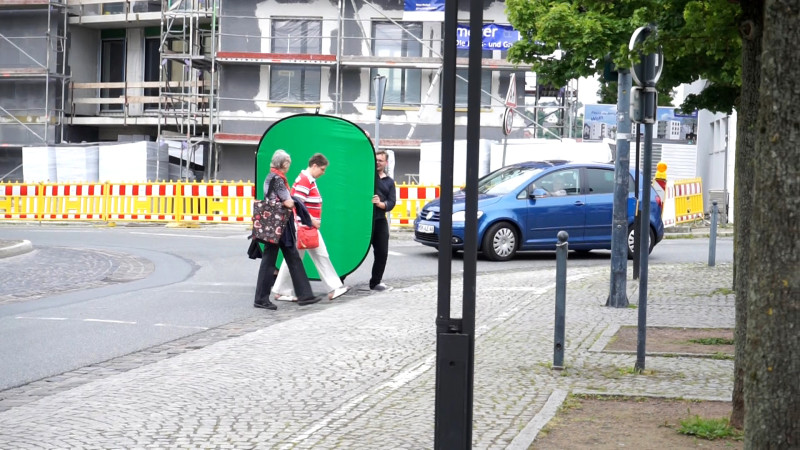 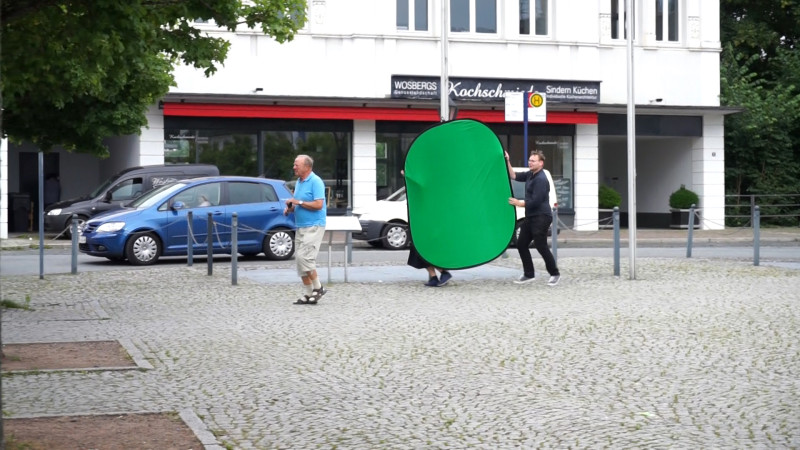 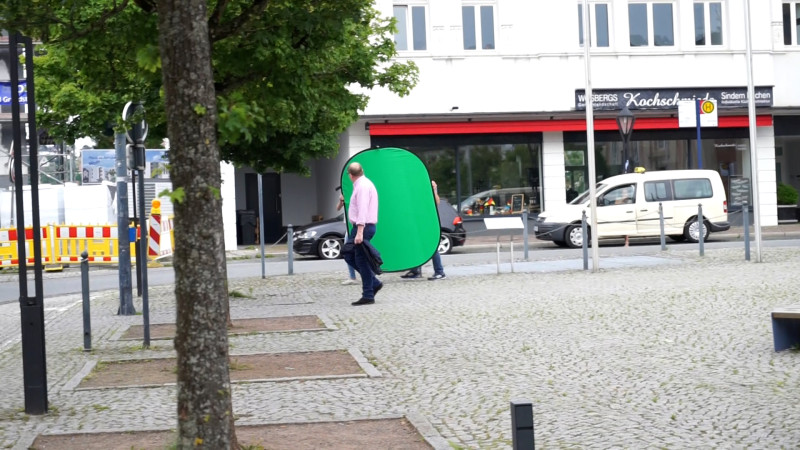 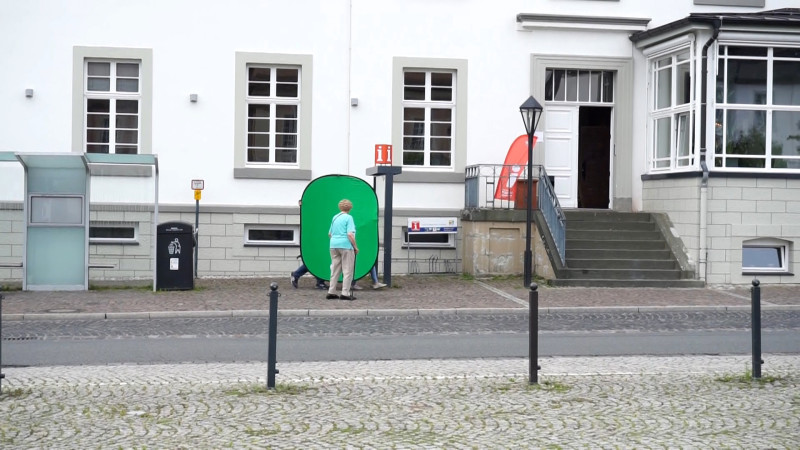