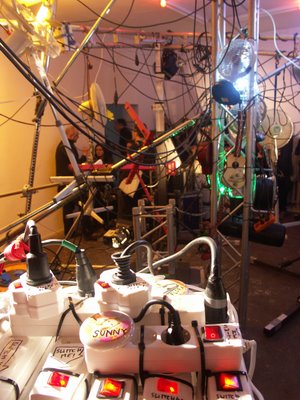 Yesterday I went to the opening of UNPREDICTABLE ENCOUNTERS at General Public which is part of the Club Transmediale program. It s a nice show, I met a lot of people and in fact it was a kind of inoffical pre-opening of clubtransmediale. Niklas and Wojtek ruled the place with a huge INTERACTIVE !!! installation. 😉