Behind the screens. 50 Jahre Komputerkunst.

T3 PHOTO FESTIVAL TOKYO is a photo festival that develops three pillars: (1) photo exhibitions, (2) talks and events, and (3) student projects, with the vision of becoming „an Asian hub for nurturing the next generation of photography culture. After holding its predecessor „Tokyo International Photography Festival“ in Jonanjima, Ota-ku, Tokyo in 2015, the first festival was held in Ueno Park in 2017 as Tokyo’s first outdoor international photography festival. From 2020, the Tokyo International Photography Festival will be held as an urban outdoor photography festival using public open spaces in Tokyo Station and the east side area (Yaesu, Nihonbashi, Kyobashi). The festival will take the margins of the city as a medium to challenge new interpretations of urban space and the possibilities of photography by exhibiting works by photographers and developing events that will generate new human interaction.

I am not a Robot

I am not a Robot. On the Borders of the Singularity.

As a harbinger of the (supposedly) imminent arrival of the Singularity, the exhibition explores the powerful impact of technological development on our daily lives.

One of the defining global phenomena of our time is digitalisation, which has transformed human life in an evolutionary leap over the past decades, rewriting centuries of fixed habits, forms and behavioural patterns. The digital turn is still ongoing, with our lives moving from offline to online, and the digital presence growing rapidly. Digital technology in its current state is a new normativity that is part of work and life: not an enemy, not a friend, but a natural part of life… 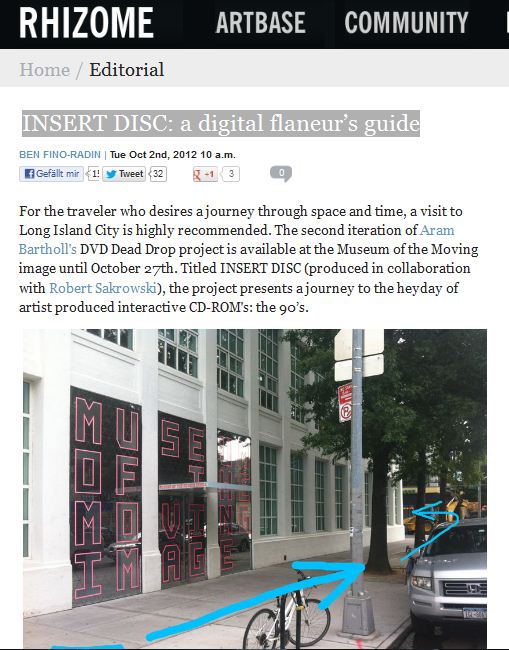 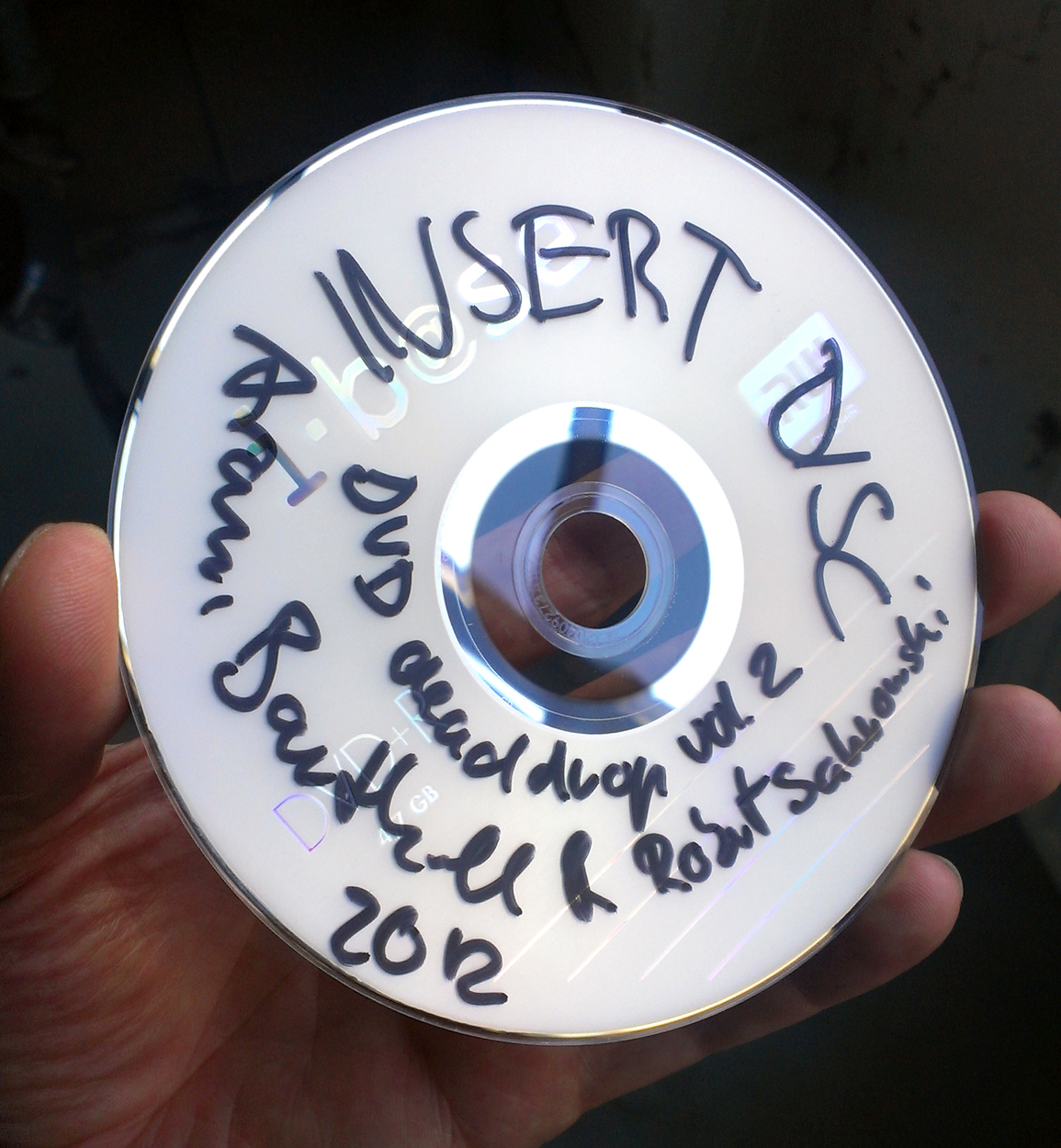 We are very excited to present INSERT DISC. It was a great adventure to travel back in time to free sunken art treasures
guarded by Moore’s monster octopus on a sunken MacOS7.We hope you will enjoy this travel as we did! Get the DISC at MMI, NYC, any time, for FREE! 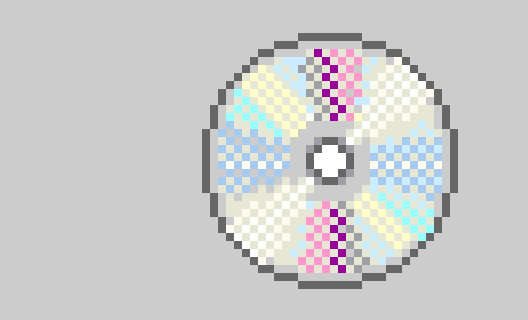 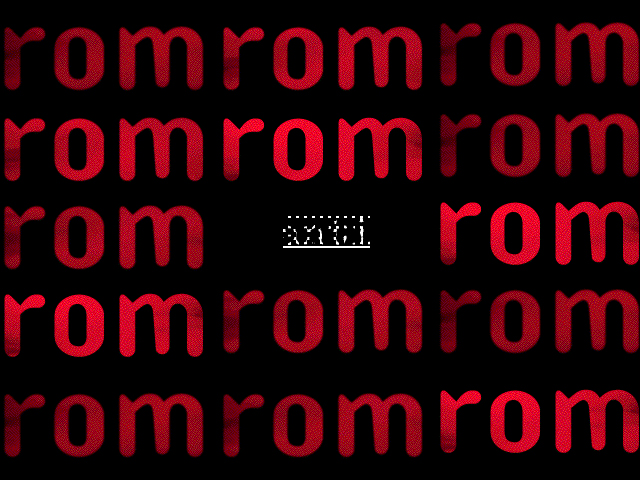 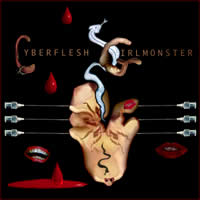 Cyberflesh Girlmonster
Linda Dement, CD-Rom 1995, http://www.lindadement.com/
Australian Network for Art and Technology, Australian Film Commission
“Donated body parts collected during Artists‘ Week of the Adelaide Festival 1994 have been used to construct a computer based interactive work. About 30 women participated in the original event by scanning their chosen flesh and digitally recording a sentence or sound. Conglomerate bodies were created from the information donated. These have been animated and made interactive. When a viewer clicks on one of these monsters, the words attached to that body part could be heard or seen, another monster may appear, a digital video could play, a story or medical information about the physical state described by the story, may be displayed. The user moves relatively blindly between these. There is no menu system or clear controllable interface. The work is a macabre, comic representation of monstrous femininity from a feminist perspective that encompasses revenge, desire and violence.[…]” http://www.v2.nl/archive/works/cyberflesh-girlmonster  http://www.newmediacaucus.org/html/journal/issues/html_only/2006_spring/Sp06_Davis.htm
—————————————————————————————————————————————————— 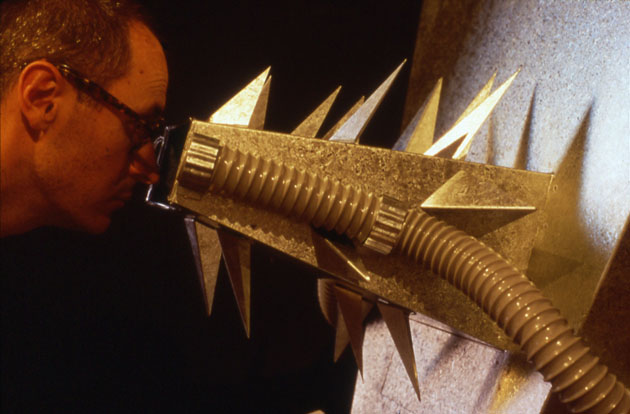 User Unfriendly Interface
Josephine Starrs & Leon Cmielewski, first exhibited 1994, CD-Rom published 1996. http://lx.sysx.org/
Produced with the assistance of the Australian Film Commission
User Unfriendly Interface, CD ROM/Installation on themes of conspiracy theories, male vs female concept of space, dating services, mens issues & personality testing. 1997 Video Positive, Liverpool, UK “Since 1994 we have collaborated on a variety of new media arts projects that incorporate interactivity and play as strategies for engaging with the social and political contradictions inherent in contemporary society. Audience engagement is a vital element in our interactive artworks. We sometimes think of our work as performance art, were the artist is not physically present; the actions of the performer are programmed into the work, with the viewers’ response completing the piece. We have closely observed how viewers interact with our work, and have drawn on these observations in the creation of each subsequent piece. […]”http://scan.net.au/scan/journal/display.php?journal_id=100