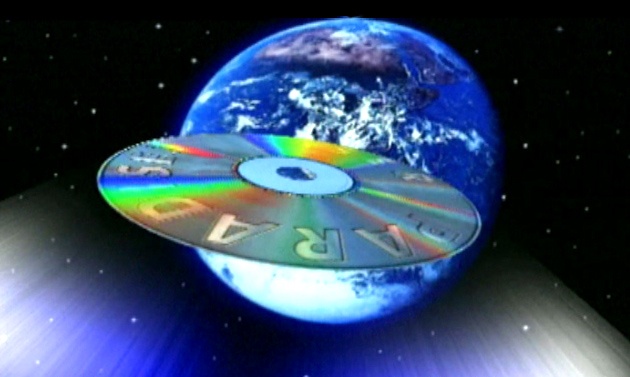 I am very pleased to announce the latest DVD vol.4  for the install at the MMI. Was fun to dig through big stacks of DVDs to make this 78 chapters video DVD. Enjoy! 🙂
‘Home Entertainment’ Aram Bartholl. 2012, 31 mins. video DVD.
DVD Dead Drop vol.4 at the Museum of Moving Image, NYC
December 7, 2012–January 31, 2013
The reign of the DVD is over, and with it the era of the extra. Before home entertainment was streamed from the cloud, movies came on DVDs that contained more than just the featured attraction. Studios added bonus content like behind-the-scenes documentaries and audio commentaries to make DVDs more desirable to consumers.
But DVDs also came with undesirable extras that were universally frustrating to captive audiences waiting for their movie to begin: unskippable content. Trailers for upcoming movies, promotional spots, and other unwanted clips all found their way immovably in front of featured attractions.
Home Entertainment is a collection of media found on DVDs from around the world that you always wanted to skip, but couldn’t: international copyright warnings, home entertainment publisher logos, studio and distributor bumpers, anti-piracy propaganda, and more. This time, however, all the clips are chaptered, so you can finally skip them.