Behind the screens. 50 years of computer art.

Online, interactive and endless ones and zeroes in algorithms and coding; digital art, in all its forms and designs, is occupying an increasingly important place. And not only that. The growth and developments in the field of digital art also force us to think about the definition and meaning of concepts such as ‘unique’ and ‘authentic’. With more than 50 works by 29 artists, the group exhibition Behind the screens – 50 years of computer art shows the various forms of digital art and the developments from the 1970s to the present. A large part of the works of art in this exhibition come from a private collection from Apeldoorn, which includes a number of iconic works of art and gives an impression of the development of digital art.

T3 PHOTO FESTIVAL TOKYO is a photo festival that develops three pillars: (1) photo exhibitions, (2) talks and events, and (3) student projects, with the vision of becoming “an Asian hub for nurturing the next generation of photography culture. After holding its predecessor “Tokyo International Photography Festival” in Jonanjima, Ota-ku, Tokyo in 2015, the first festival was held in Ueno Park in 2017 as Tokyo’s first outdoor international photography festival. From 2020, the Tokyo International Photography Festival will be held as an urban outdoor photography festival using public open spaces in Tokyo Station and the east side area (Yaesu, Nihonbashi, Kyobashi). The festival will take the margins of the city as a medium to challenge new interpretations of urban space and the possibilities of photography by exhibiting works by photographers and developing events that will generate new human interaction. 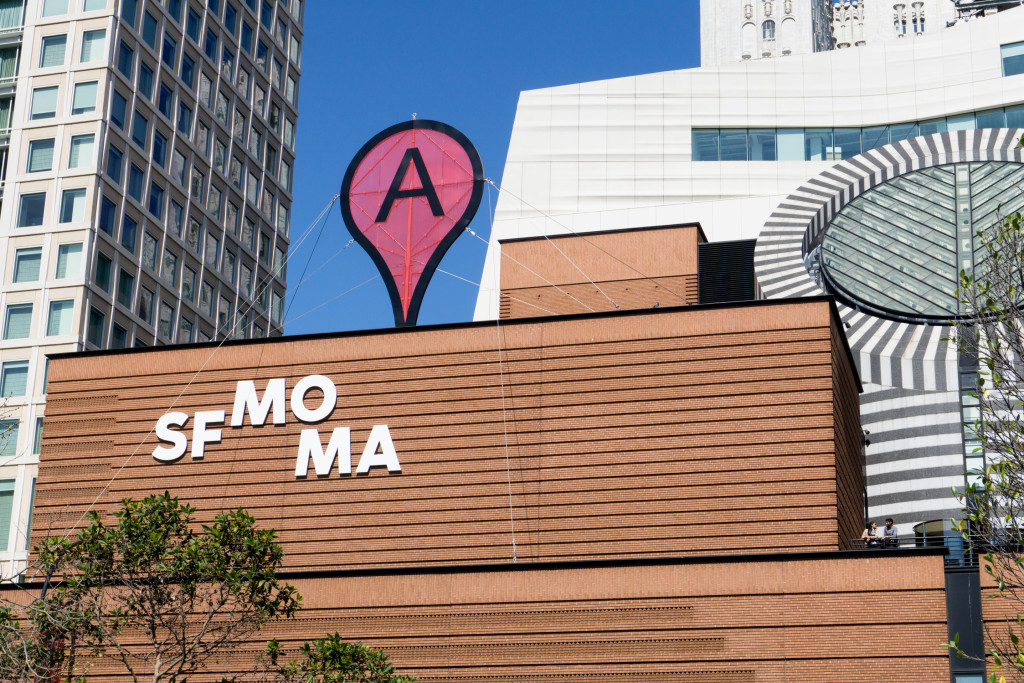 Of course, it is an honor to show Map in such a prominent location at the SFMOMA in downtown San Francisco. But in a way, it is also an irony of history that this piece from 2006 is ‘coming home’ today to the heart of Silicon Valley in an era dominated by full-blown surveillance capitalism data markets. 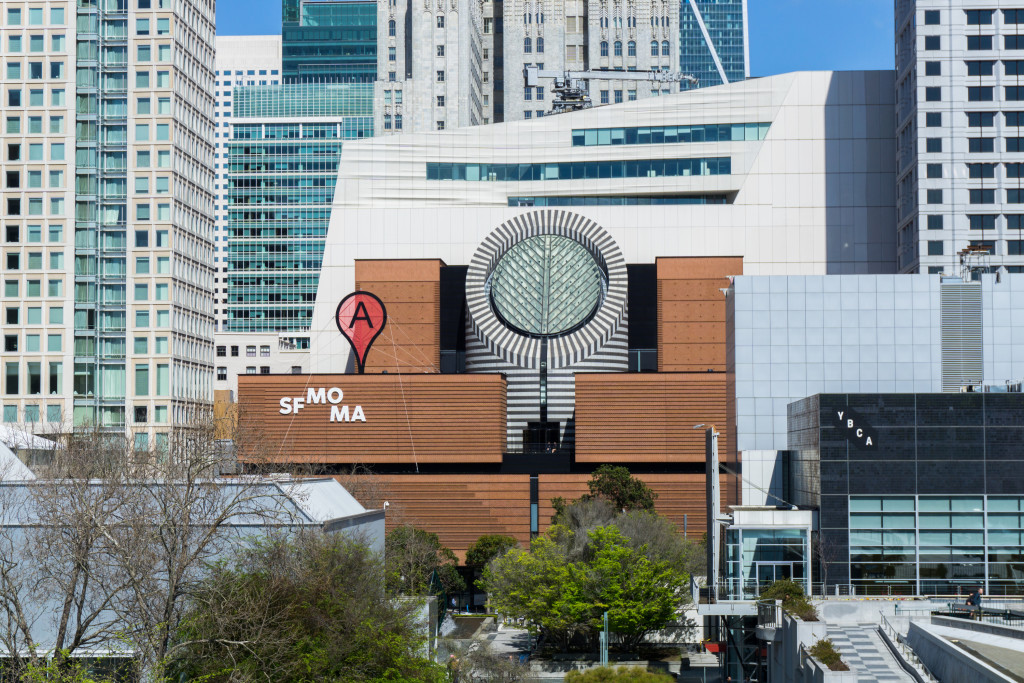 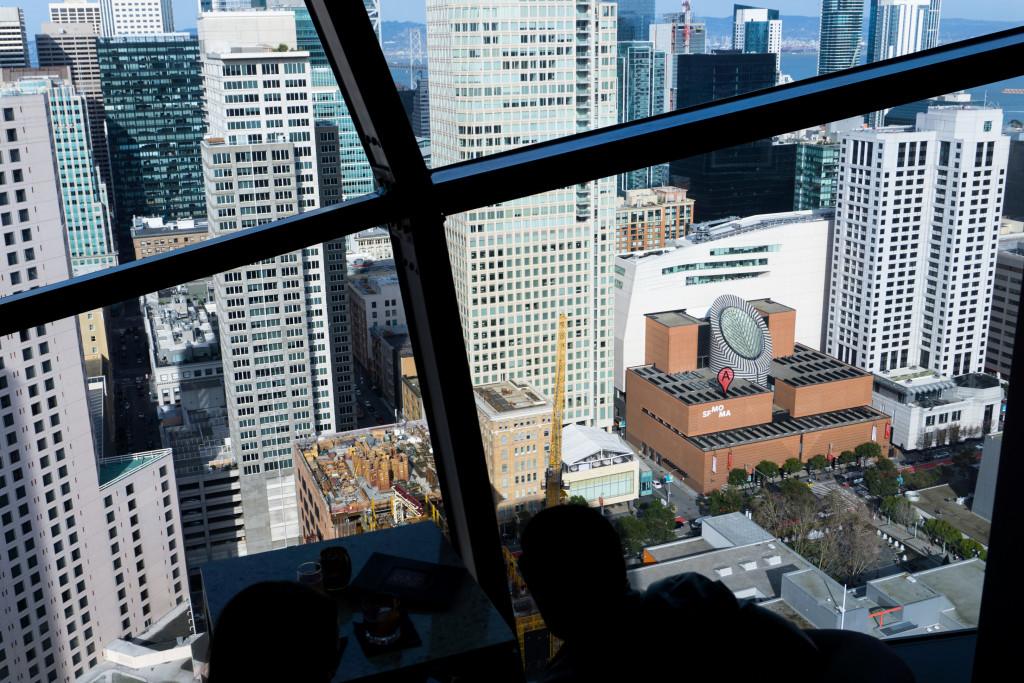 Beautiful time-laps of the setup of ‘Map’ by Jason Wittig, thx! I arrived in SF and we are doing some the final touches on the show install. “snap+share” will open to the public Saturday, March 30. Looking fwd to meet all the artists for the preview next week! 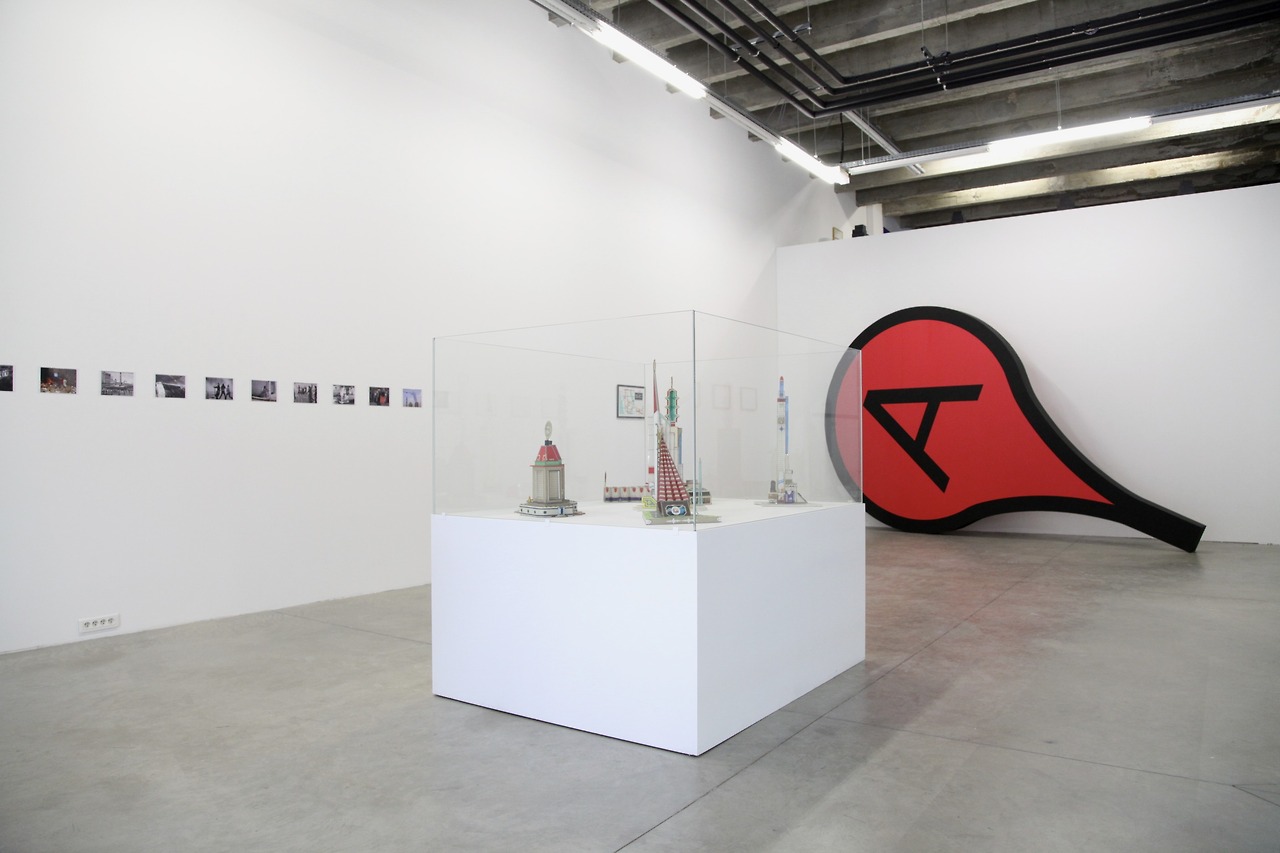 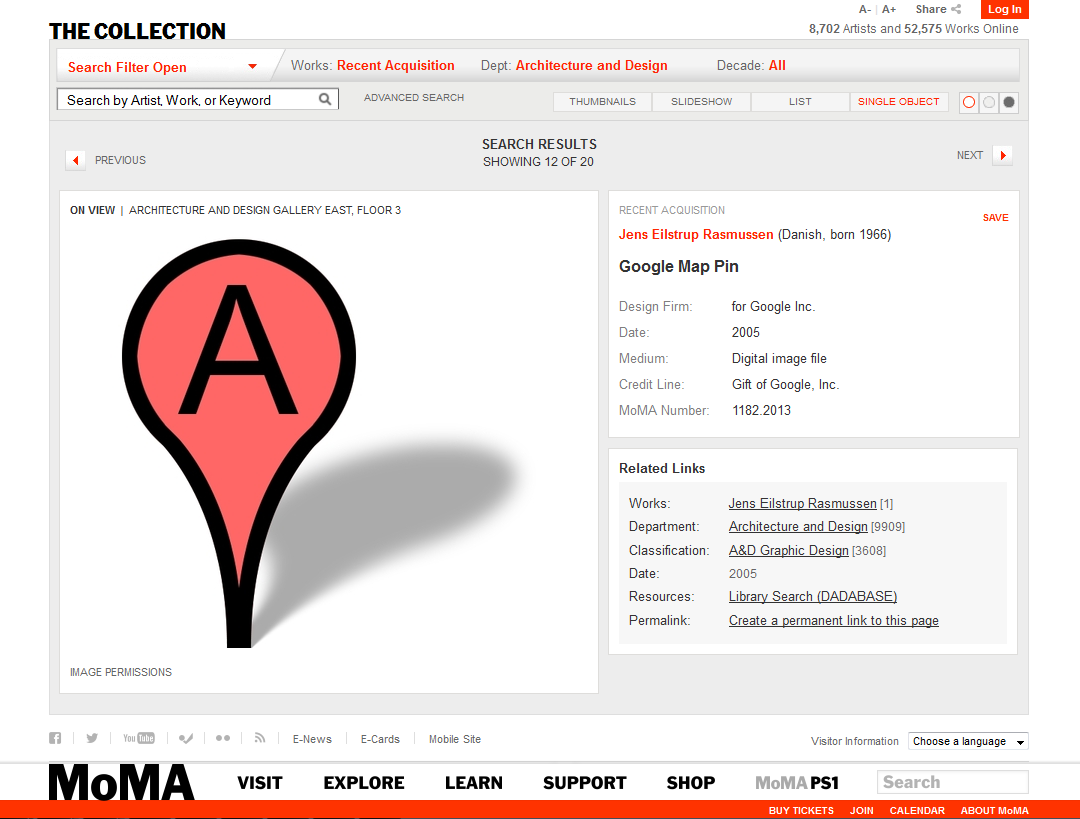 In the summer of 2006 I built the first Google map pin physical representation and set it up temporarily in the backyard of my studio in Berlin Mitte. It was six meter tall and made from a wooden frame mounted with red cloth showing the capital ‘A’. The year 2006 was an important year in my early artistic career. I made a lot of new works and had my first big group shows etc. As it turns out the piece ‘Map’ became one of my important and iconic works. Since 2006 this sculpture  was shown worldwide in many different places, art shows and cities. It was made from different materials and in different sizes and it marked many different city centers around the world.
In 2005 Jens Eilstrup Rasmussen designed the map pin symbol for Google Maps which was launched later in the same year. The startup ‘Where 2’ co-founded by Rasmussen which in fact became Google Maps got acquired by Google the year earlier. To point out the locations of search results on the map the pin symbol showed letters of the alphabet. Starting with an ‘A’ through ‘J’ the red pins on the map corresponded with the first 10 search results listed on the page. A couple months ago in spring 2014 Google did a complete overhaul of the design of the Google Maps page. The red map marker does still exist in the new interface but it is displayed in more rare occasions and is only showing a black dot. The lettering A – J is gone. An era of almost 10 years of the Google Maps ‘A’ marker seemed to be over. But just recently in June 2014 the Architecture and Design department of the MoMA acquired the classic map pin symbol with capital ‘A’ from Google for its collection.
I am very pleased to see this symbol, made for a web page on the Internet by Rasmussen a decade ago is now in the collection of the MoMA. The red pin and its creator Rasmussen very much deserve this attention. This 35 pixel icon became a very important symbol for a whole new era. An era in which society slowly realized the actual impact of computers and Internet. The way we live, communicate and perceive the world has changed dramatically over the last 10-20 years. With my piece ‘Map’, the physical representation of Rasmussens interface symbol I try to point out this paradigm shift since 2006.
Aram Bartholl,  June 19, 2014 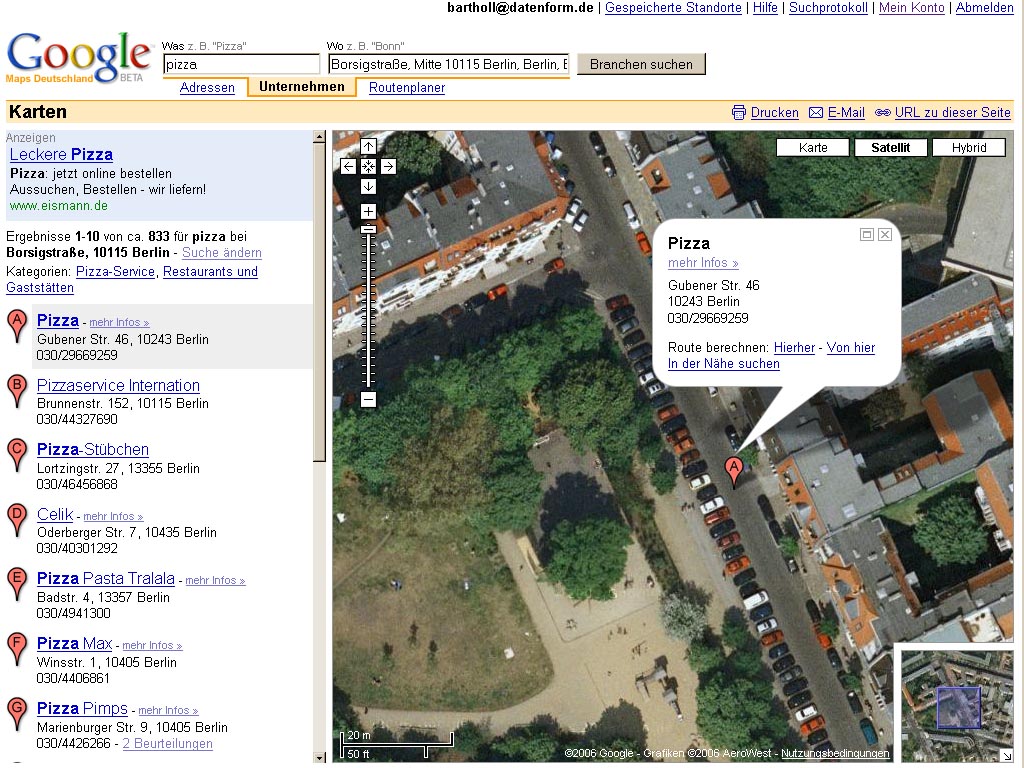 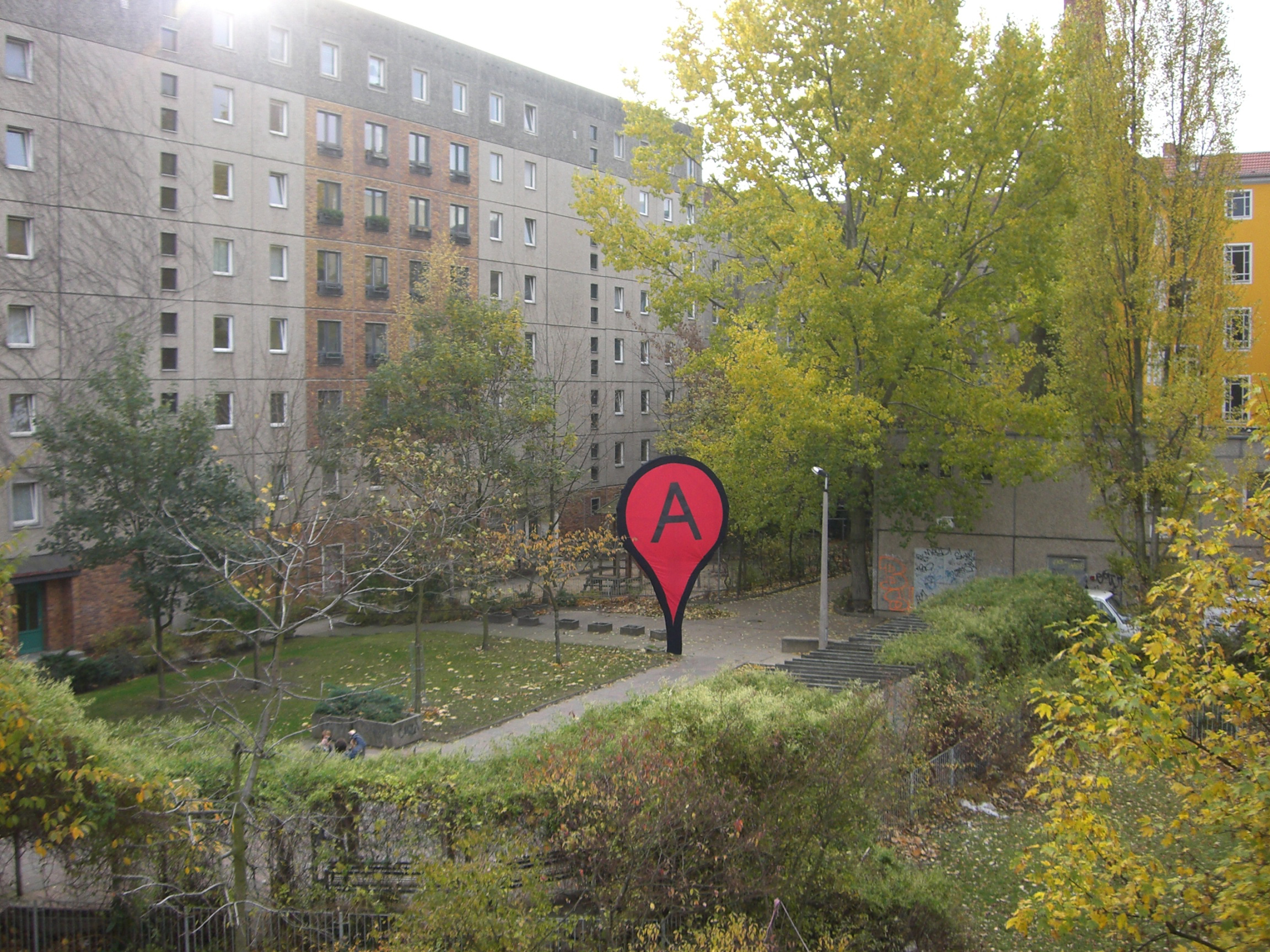 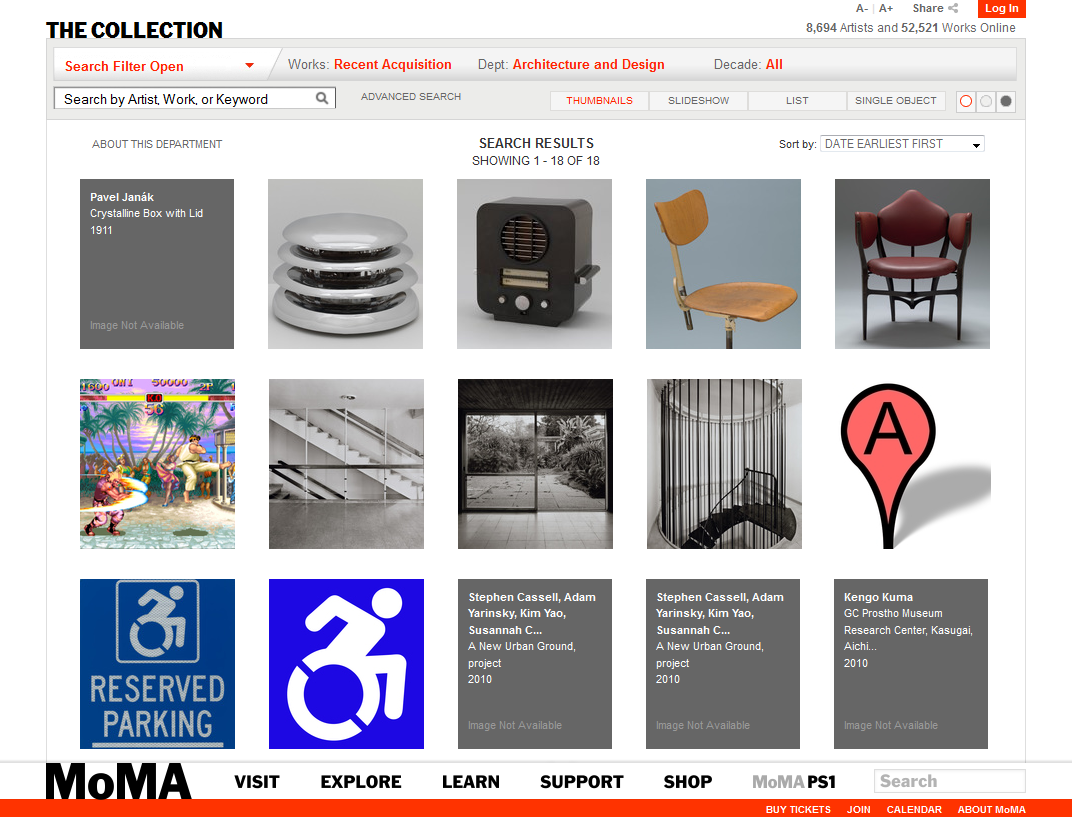 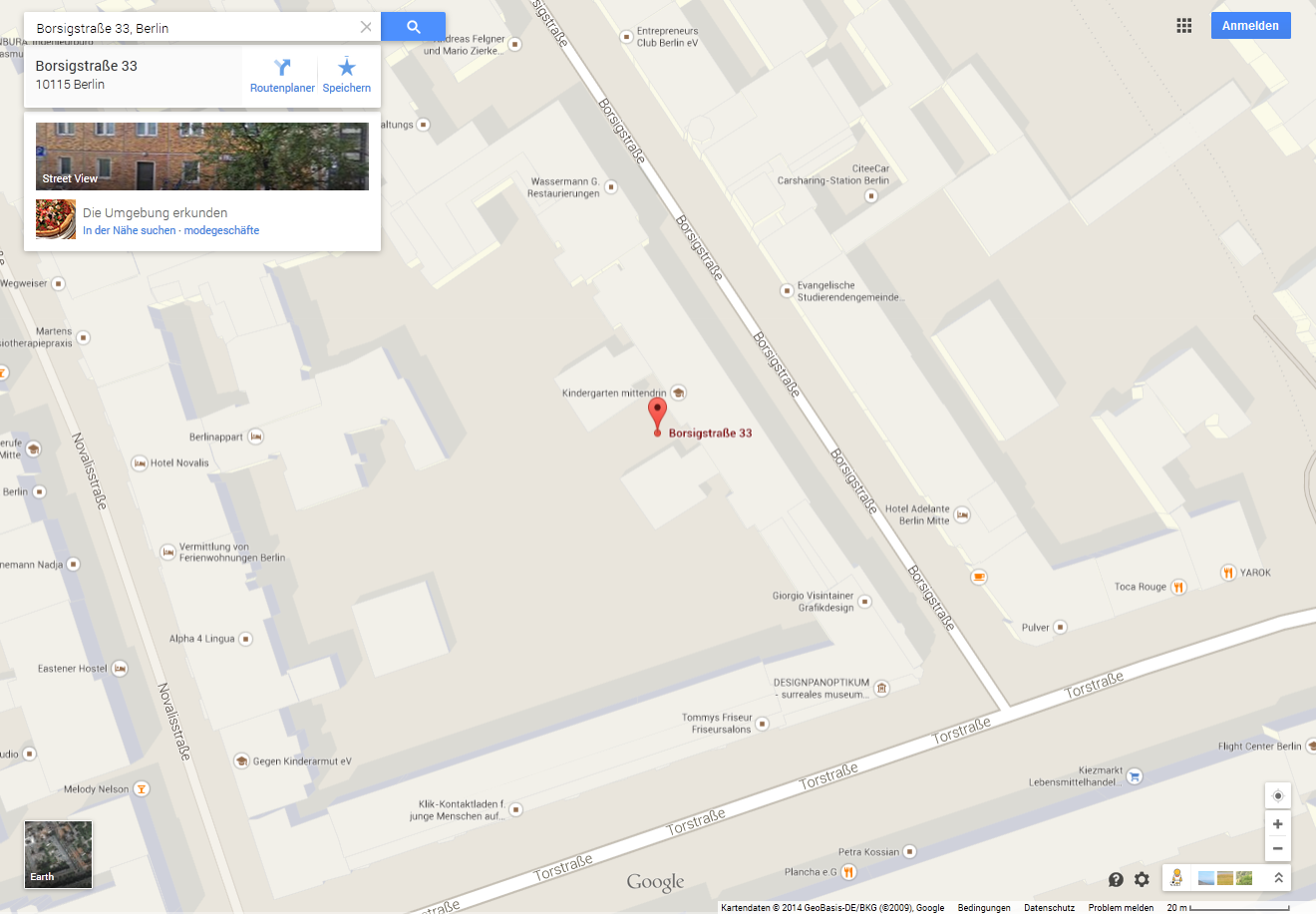 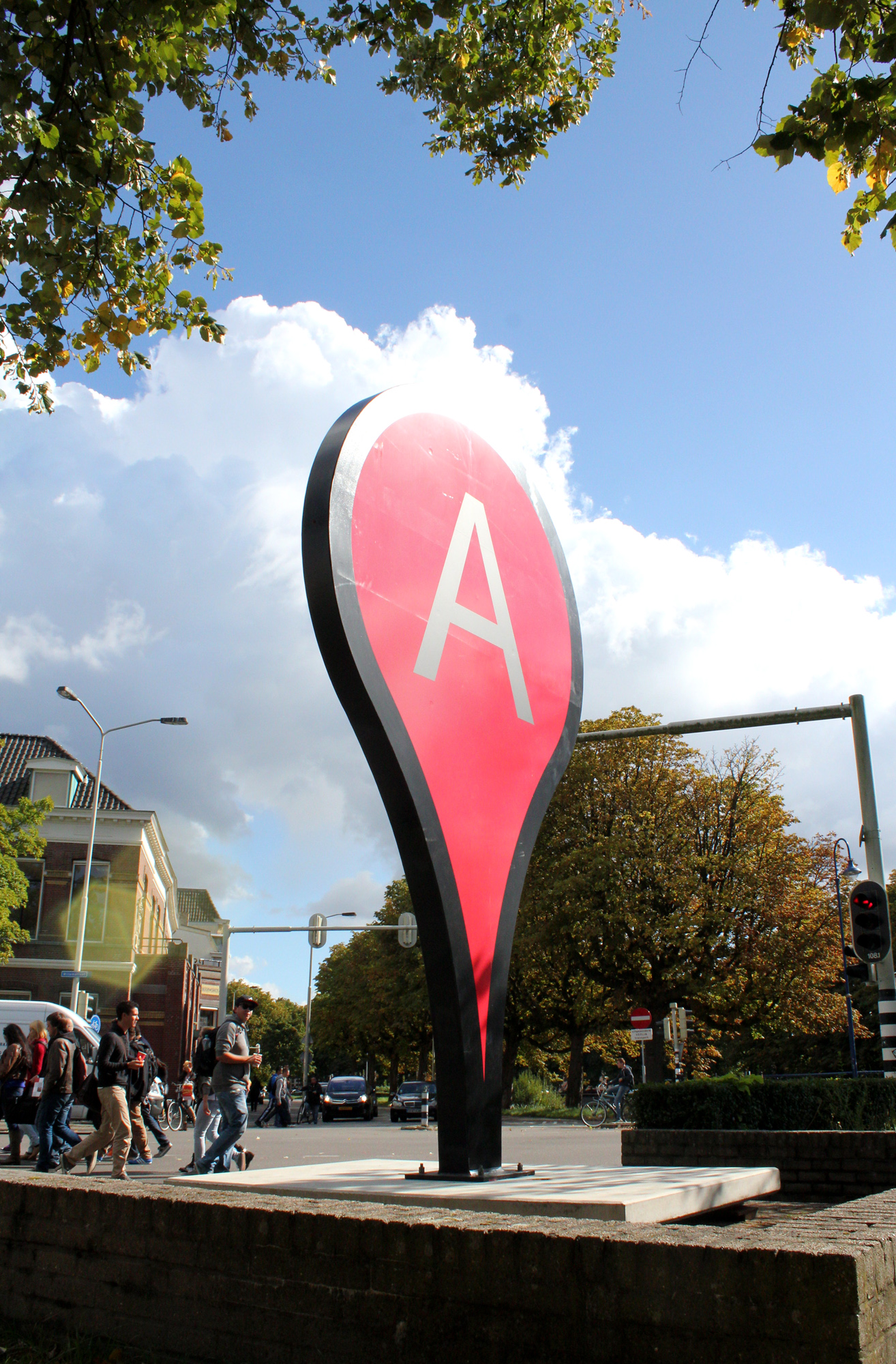 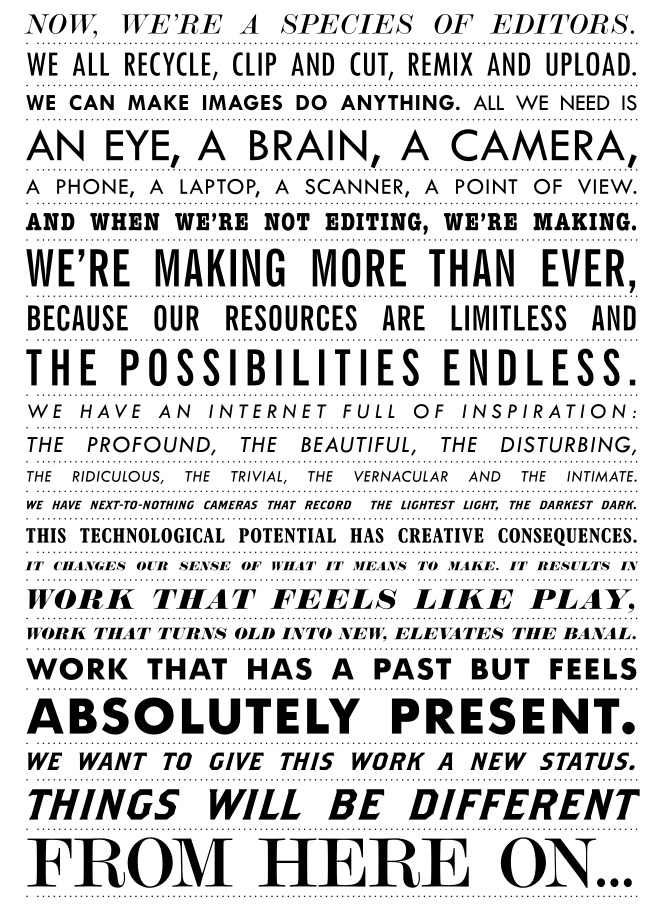 clément cheroux, Joan Fontcuberta, erik kessels, martin Parr and Joachim schmid like to invite you
for the opening of the exhibition ‘From here on’ .
this exhibition is a major statement about artists and photographers who use the vernacular,
and any other images located on internet as the starting  point for their work.
By showing 36 artists we will try and give their work and this movement a new status.
the exhibition will take place from July 4 till september 18 at the Rencontres d’arles
international photofestival and is located at atelier de mécanique, 33 Boulevard Victor hugo, arles.
the opening will take place on monday July 4 at 11.30 am. 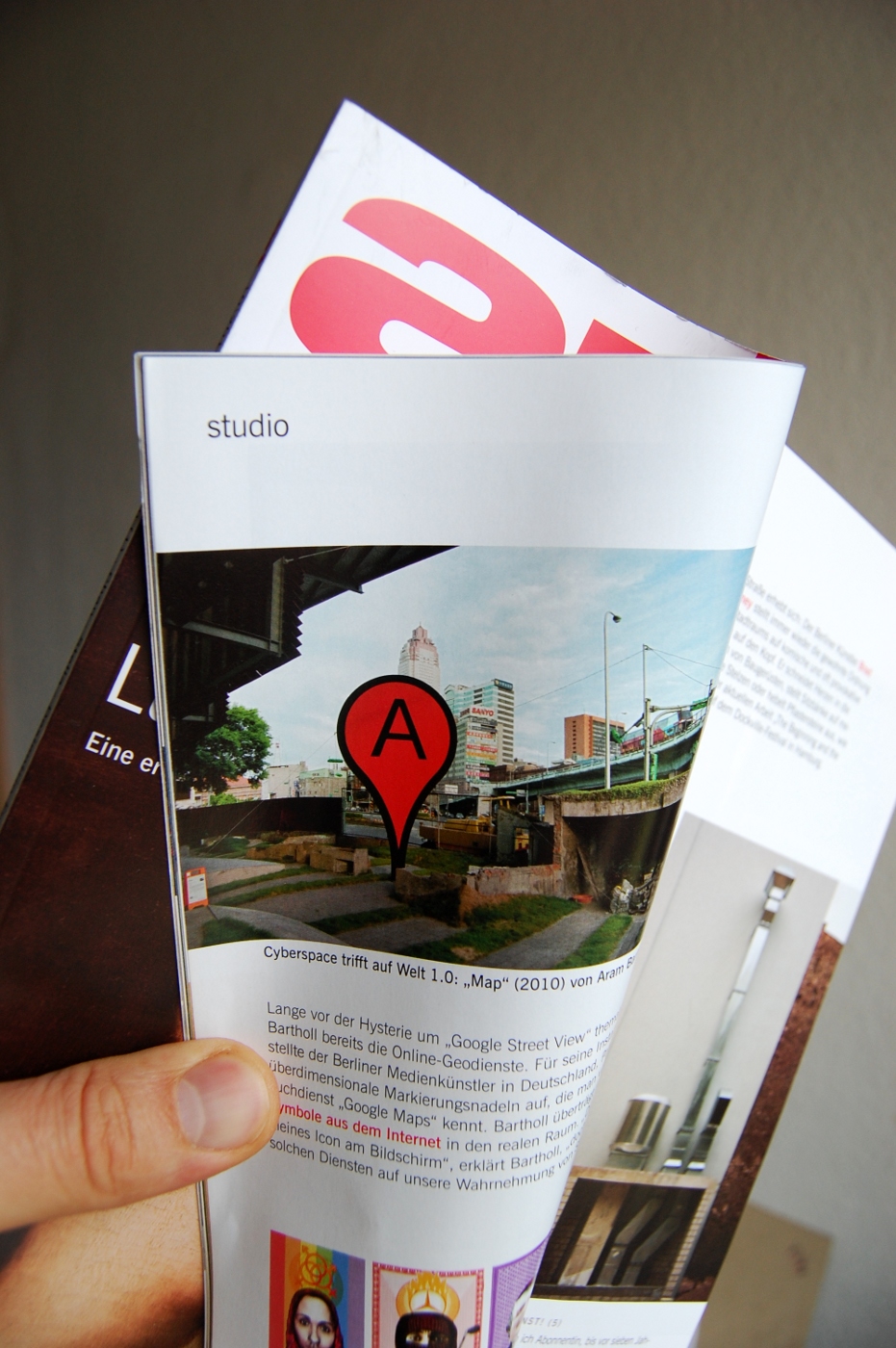 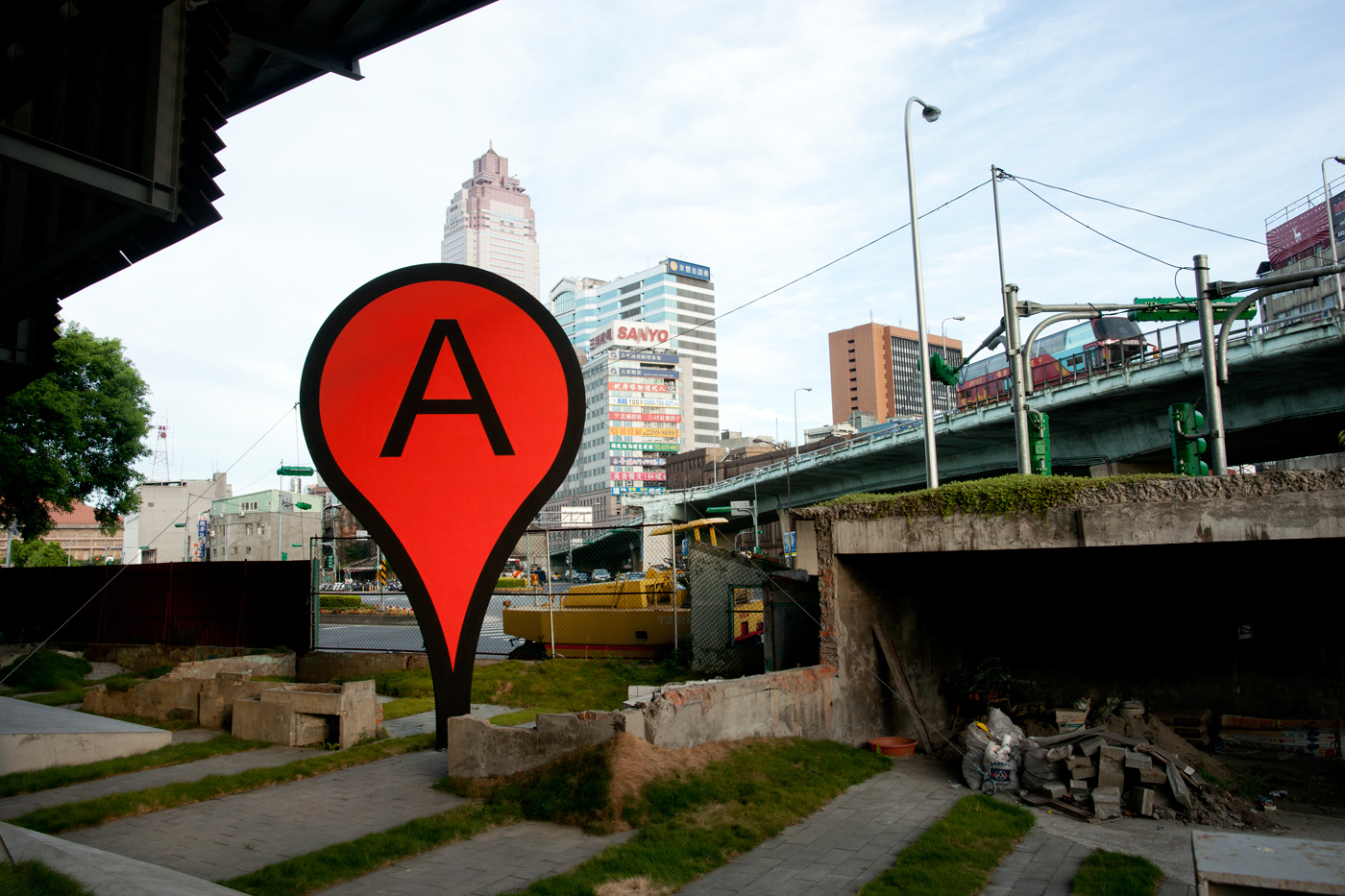 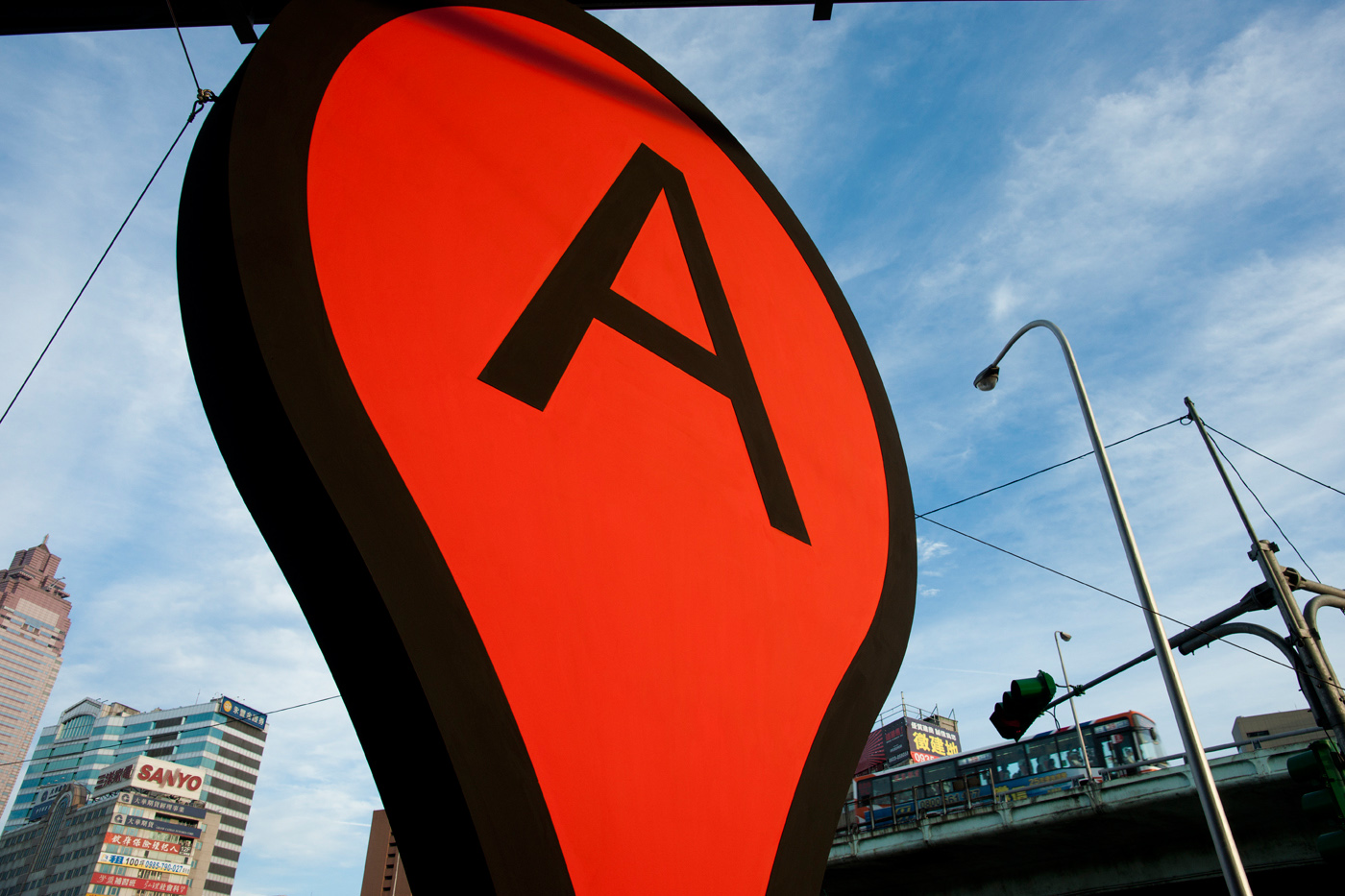 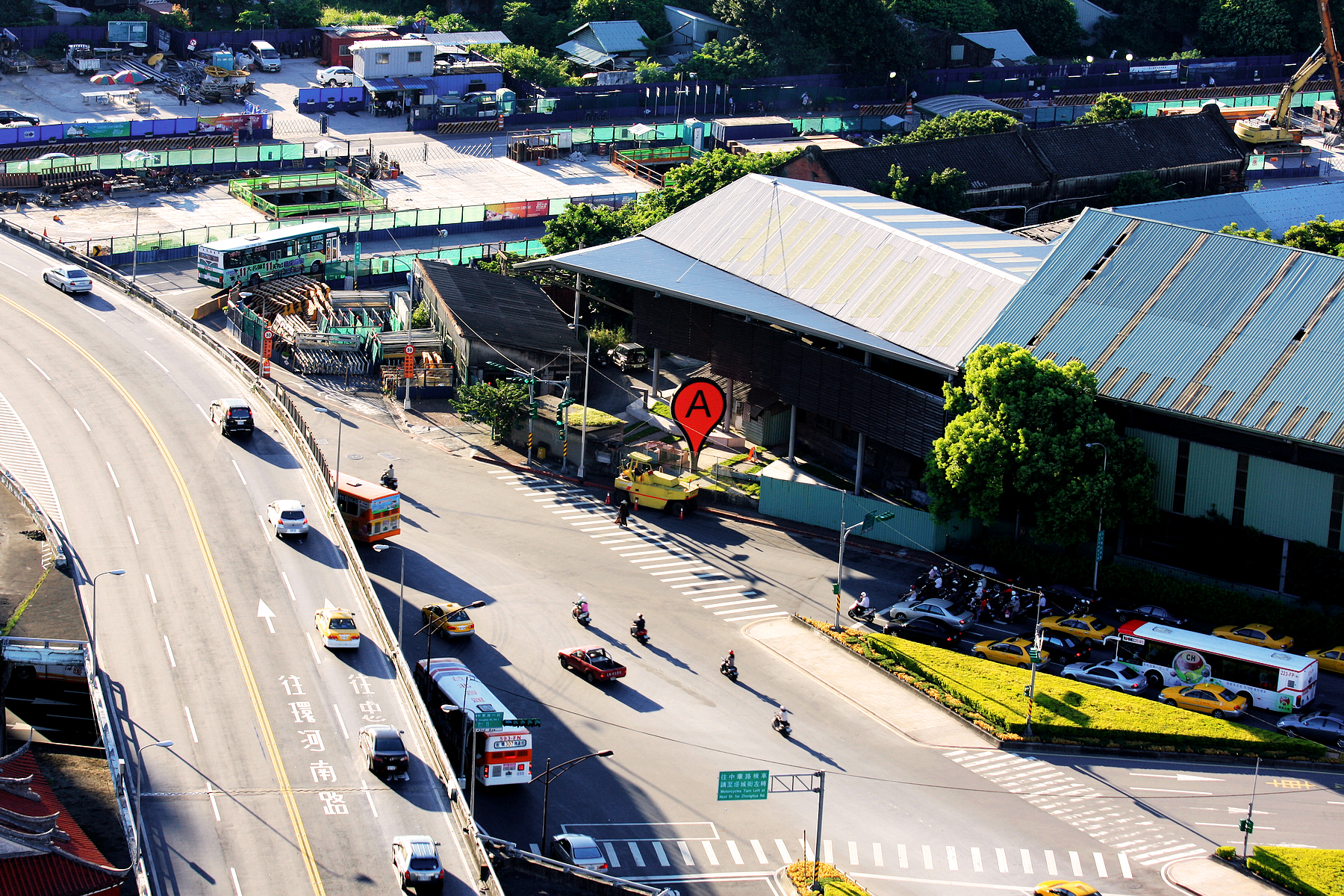 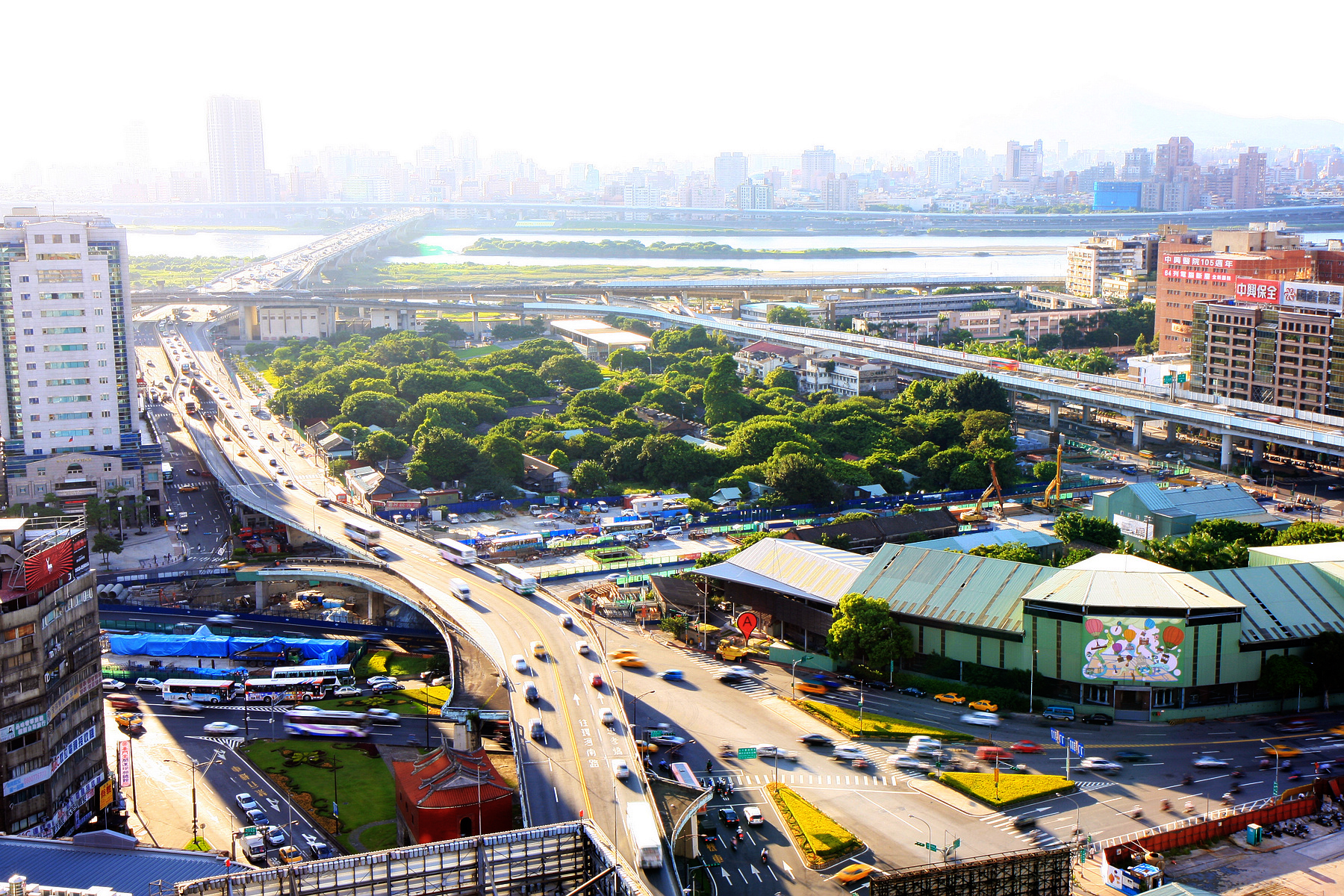 Map at Good Time Public Art Festival’ Taipei, Taiwan, will be up for 3 months till November 2010. It came out very well! Great job! Thanks to the building crew and thx to Joanna from VERY for pics and organization. Thanks to Chang-Chih CHEN for the great pictures!